A little while ago I was contacted by Laurel Zuckerman of Paris Writers News regarding a new book they were publishing, Tita, the debut novel of Marie Houzelle. Would I like a preview copy? The early praise and back cover text with; “Tita wants to be good, but how?” instantly had me intrigued.

As I began to read Houzelle’s detailed and delicate prose, I felt transposed back to 1950s Southwestern France into the world of Tita, an extremely bright, independent young girl, mature much beyond her seven years. Thematic chapters travel through her mind as her small town life expands; she rebels against her curmudgeonry teacher at her tiny religious elementary school, she learns to be less reliant on her sometimes superficial mother and dedicated father, she wonders about her step-siblings’ lives in faraway Paris and she ponders philosophical concepts grasped from adult books she stumbles upon or mischievously “acquires.” These imaginative segments illustrate life of mid-20th century provincial France on the cusp of modernity and these associated struggles.

My one criticism is that I kept expecting a little more conflict. Even with her quirks, Tita is almost a tad too perfect. There are inklings that she wants to counter her mother’s cravings for luxury in lieu of more academic pursuits, there seem to be family secrets hidden underneath the surface, the family business declines, but the bubbling of these issues remains contained. That said, perhaps this is more realistic. How much upheaval and revolutionizing can one undertake at seven? Irregardless of this, I was completely charmed by Tita and Houzelle’s vivid descriptions all the while wishing I’d had Tita as a friend or soulmate back when I was a kid.

To pique your curiosity even more, you can preview the first three chapters at this link. You might also like to peruse these other reviews: Publisher’s Weekly, New York Journal of Books  and Out and About in Paris. 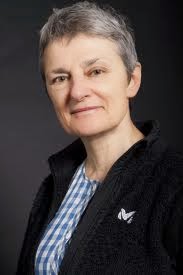 About the Author: Marie Houzelle grew up in the south of France. Her work has appeared in Narrative Magazine, Pharos, Orbis, Serre-Feuilles, Van Gogh’s Ear, the chapbook No Sex Last Noon, and in Best Paris Stories. “Hortense on Tuesday Night” was chosen by Narrative Magazine as one of the five top stories of 2011. Tita is her first novel.

Tita was released in September and is available from Amazon and other booksellers.

More than just a stage performance, Learn how Burlesque can improve your self confidence!